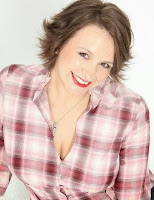 I'm delighted to welcome back Aurelia B Rowl to my blog today to tell us about her latest book, Popping the Cherry, and the New Adult/Young Adult genres.

Hi Liz, and thank you for inviting me back onto your blog.

Today I'm here to talk about my latest book, Popping the Cherry, but I'd also like to talk a little bit about its genre.

Popping the Cherry is a Young Adult / New Adult - YA/NA for short - but what exactly does that mean? I think the majority of us have heard of the term 'Young Adult' and associate it with books targeted at a teenage audience. Rather than being a genre, per se, it's easier to think of 'young adult' as a category much the same as 'romance' with it's sub-categories of historical, paranormal, contemporary, erotica, dystopian, steam-punk, etc. The 'young adult' category covers a vast array of genres, from contemporary issues to romance to fantasy to horror and everything in-between. It is HUGE when you actually pause to think about.

Do we need actually need a New Adult category? The jury tends to be split on this, but I am one of those that is all for it. As a reader aged 18 and over, you have the entire library at your disposal but that range is so huge, and so diverse, that finding a book you can connect with is so much harder. By the age of 18 I had left home and was in my first full-time job, and by the age of 21 I was married albeit briefly. I was an adult, for sure, but I wasn't a fully mature adult. That period between the ages of 18-23 was still a time of massive personal growth and development. Wouldn't it have been nice to have a category, a resource, that I could reach for which touched upon the situations that I myself was facing at that time? I'm sure that the books dealing with all those 'firsts' and 'issues' have long existed, but without the 'New Adult' label, they weren't so easy to find. On the flipside, a fully mature adult reader may not want to read a book about somebody only just embarking on adulthood in the same way that some mature readers aren't so keen on reading young adult. And that's why I can see a place for the 'New Adult' category in the marketplace.

So what is YA/NA crossover then? I have no idea how common this combination is; it's just something I came up with when querying my publisher, Harlequin UK's new digital imprint Carina, as a way to describe Popping the Cherry.

Book one is actually the first in a planned series of standalone books, falling somewhere between the women's fiction/chick-lit style and romance. Popping the Cherry is very much a fun and flirty 'coming of age' tale. We see the main character, sixth-form college student Lena, turn 18 during the course of the story, so very much in the YA range, yet some of the other major characters already fall into the New Adult category. They have their own issues to face, and Lena herself treads that fine line between Young Adult and New Adult with some of the situations and decisions she must overcome.

Each book planned in the series will follow in chronological order, and will revolve around a character that we have already met, so it's only natural that a character who is 17/18 in the first book, will come of age and mature, and therefore move into 'New Adult' by the time their story is told. Hence it being classed as more of a crossover series, a bridge between the two different categories, but packed with 'British' humour and a dash of drama that will hopefully appeal to everyone regardless of age 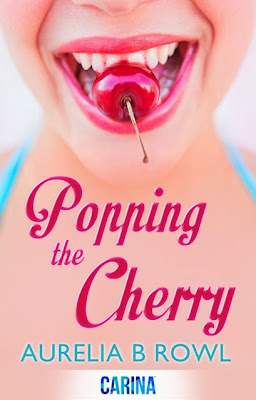 From driving tests to relationships, Valentina Bell thinks she’s a failure, with a big fat capital F. At this rate, she’s certain she’ll be a virgin for ever. So Lena’s friends plan Operation: Popping the Cherry to help her find the perfect man first time.

Yet somehow disastrous dates with bad-boy musicians and fabulous evenings with secretly in-the-closet guys aren’t quite working out how Lena planned.

Soon Lena’s avoiding Operation: Popping the Cherry to spend time with comforting, aloof Jake, her best friend’s older brother, who doesn’t make her feel self-conscious about still clinging to her V card. But could Jake show Lena that sometimes what you’re looking for most is right by your side?

A Forever for the twenty-first century

There are two contests underway as part of the Popping the Cherry blog tour, with an assortment of prizes up for grabs. Enter via Rafflecopter below:


Aurelia B. Rowl lives on the edge of the Peak District with her very understanding husband, their two fantastic children, and their mad rescue mutt who doesn’t mind being used as a sounding post and source of inspiration. She regularly wows them all with her curious, hastily thrown together meals when she gets too caught up with her latest writing project... or five!... and she has developed the fine art of ignoring the housework.

Aurelia writes Young Adult/New Adult crossover fiction and contemporary romance. She is currently busy writing the standalone companion novels to both Popping the Cherry and Christmas is Cancelled.

To find out more about Aurelia, you can visit her website: www.aureliabrowl.com or you can find her hanging out online, far too often, at the following:

Great to read about your book on Liz's blog, Aurelia. Also, I enjoyed your take on YA fiction. Good luck with your projects.