A day out with Colin Firth and Harry Potter... 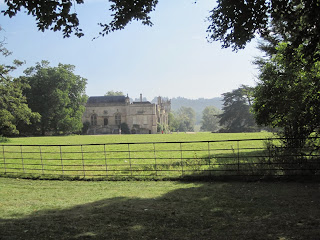 Once I'd written The End on the last book (For His Eyes Only - Kiss/Modern Tempted) the dh and I did what we'd been promising ourselves for ages and drove a few miles up to the road to Lacock Abbey and Lacock village.

Lacock Abbey is most famous for being the home of William Henry Fox Talbot, a pioneer in the film of photography but it's a lot older than that. It was built on the foundations of a former nunnery and has amazing cloisters, and medieval rooms on the the lower floor - where three of the Harry Potter movies were filmed - and more recent, Tudor stuff upstairs. 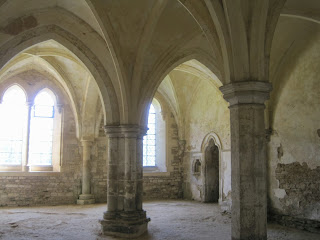 After touring the Abbey, we walked around the medieval Ifstreets of Lacock village, which is like taking a tour through British costume drama heaven. The Red Lion pub was used as the exterior of the Assembly Rooms in the Colin Firth version of Pride & Prejudice and the Bennett girls were seen chatting in the High Street - it's where Lydia met Wickham! 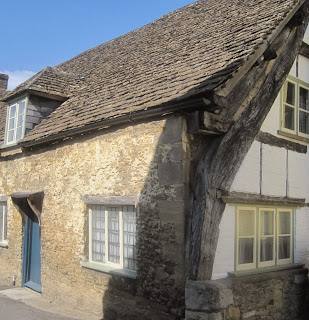 Cranford is another series filmed here - the National Trust shop became the cobblers and furniture repair shop. It rained just after the crew covered the High Street with "snow" and it all turned to mush. Art copying reality! 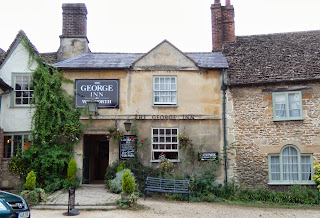 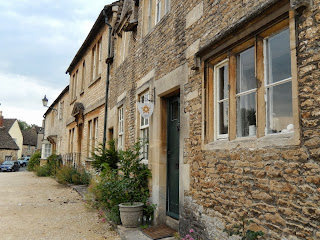 The list of movie and television credits for the village is long, including The Other Boleyn Girl, The Wolfman, The Secret of My Success, Moll Flanders. 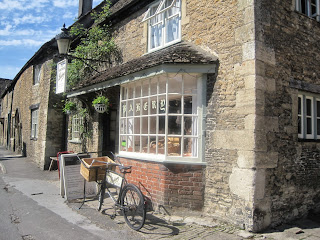 If you're planning on coming to the area (and it's close to Bath), try and take a few hours to visit. There are lots of great places to eat - our local Romantic Novelists' Association Chapter meets every couple of months at The Sign of the Angel. 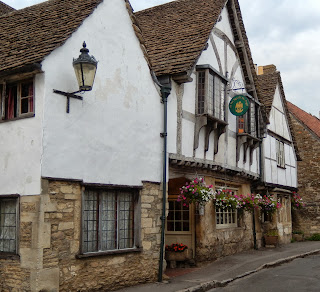 We had the pleasure of visiting Lacock Abbey and village last year, and what a magical experience it was. Thank you for the reminder. Rx

Wow! I wish I had gotten to visit there when I was in London last year. I feel like there are so many sights in England that I missed out on!

Gorgeous pictures, Liz! I especially love the Sign of the Angel.