I recently posted on Facebook inviting my fans and friends to ask me a question about writing – something that I could answer, at length on my blog.
One of the first to be posted addressed the subject of openings.
“When would you recommend the couple actually meet in a romance? First page, or can we meet them separately first and then witness them meeting each other?”

In Grabbing the Reader on the First Page, an article on my website on the subject of openings, I advise new writers to dive in.  Start with action.  Get the hero and heroine together on the first page – the first line if possible.  I wrote it in response to a number of unpublished manuscripts I’d read where the writer had no idea how to begin a story, struggling with the weather, the setting, the scenery, anything but get on with the story.

I wanted to show the inexperienced writer how to grab a reader by the throat in the first sentence.  And, just an important, show one or both of the main characters in action – even if it was only mental activity.
Most of my early books do start with a confrontation between the hero and heroine and if you can manage that I still think it’s the way to go, particularly with short fiction.  A reader recently commented on the way the characters leap out of the first page in my latest book TEMPTED BY TROUBLE and clearly loved that the roller-coaster started on line one.
But…
Accepting that this advice comes under the heading of “don’t do what I do, do what I say”,  I freely admit that it isn’t the only way, even with the shortest novels.  Despite the fact that I write books that are no more than 55,000 words, occasionally my hero and heroine don’t come face to face until the end of chapter one.

That’s the case in my first book, AN IMAGE OF YOU, but my heroine has met the hero in the past and everything she does in the first chapter is dictated by her memory of that encounter — and the knowledge that she’s going to have to face him again.  From a distance of eight thousand miles he is changing her life, forcing her into moves she would not otherwise make.  He is there, on the page from line one and the reader can’t wait to see the impending clash when they meet. 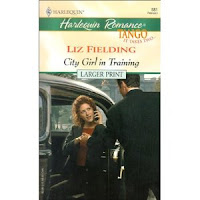 Often, to bring the hero into the story - while concentrating on the heroine -  I will show him responding to some crisis; a move that will ultimately bring him into contact with the heroine, but CITY GIRL IN TRAINING and A SURPRISE CHRISTMAS PROPOSAL are written in the first person so that’s not an option.  In both books the first chapter belongs entirely to the heroine, the hero unmentioned, unknown.  It doesn’t seem to have bothered readers, since both books were hugely popular, and City Girl was nominated for a Rita.

What each of these books do have is a heroine who fizzes with life from line one, filling every page with character, motivation, conflict and fun.  By the time Philly is fighting with her potential hero over a taxi, and Sophie is risking life and limb to get at the unconscious Gabriel York, the reader can’t wait to find out what kind of trouble they are in.
ELOPING WITH EMMY offers a different kind of opening.  The slow build up.  It begins with Tom Brodie talking to the heroine’s father.  The action switches to Emmy — the subject of the conversation — who has been locked in an attic nursery by her father. The scene switches back and forth between the two of them showing Tom’s growing dislike of Gerald Carlisle, and Emmy’s increasingly desperate attempts to escape until, as he leaves, Tom spots Emmy climbing down the drainpipe and has to choose between warning Carlisle, or distracting him so that Emmy can make her escape.  The switching gets faster and faster, like the build-up to a collision in a movie. 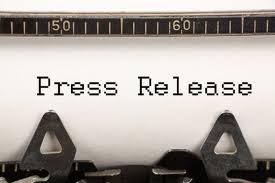 Faced with a story with a particularly complicated back story, one where I don’t want to have an information dump but want the reader to know what’s happening, I use a different technique.  In the first book of the Boardroom Bridegroom trilo, THE CORPORATE BRIDEGROOM, I started with a five line Press Release, followed it with the brief newspaper report that followed  — punchy, pacy with a touch of humour, to fill in the background to the boardroom battle between the Claibournes and the Farradays — attached that to a memo from Jordan Farraday to his cousins, and added an email from India Claibourne to her sisters.  When, Romana collides with Niall in the opening proper, we have the classic first page confrontation — and, with the use of small, entertaining snippets — the reader already understand what's at stake.
So here’s the truth.  Each story is different.  The situation the heroine finds herself in will dictate how it will open.  What is vital, however, is that it starts at the moment of change.  That it starts with action.  That from the moment she steps onto the page she is on a roller-coaster and, grabbing the reader, takes her along for the ride.

And the weather only matters if it's blowing a force nine gale and your heroine is in a very small boat, if she's broken down in the desert and just swallowed her last mouthful of water, or a flood has her trapped on the roof (preferably with a baby in her arms).

If you'd like to write the first hundred of words of your story beginning with any of those three scenarios, go for it.  I've got copies of City Girl in Training, The Corporate Bridegroom and Eloping With Emmy for three that make me want to read on.
Posted by Liz Fielding at 8:27 AM

Email ThisBlogThis!Share to TwitterShare to FacebookShare to Pinterest
Labels: Ask An Author

Vince said...
This comment has been removed by the author.
5:57 PM

A Divorce of Convenience

Harmon Butler’s dreams were about to come true. He just needed Mary Martin to agree to the impossible.

“Mary, we’ve been best friends for a long time.”

Mary froze. He was always asking favors. She only wanted one thing.

“You have it in your power to make my dreams come true.”

Mary’s knees began to shake. Was this the moment?

“Will you…will you…marry me…and then divorce me?”

“Have you gone mad?”

Harmon dropped down on one knee. “It’s the presidency of the American Association of Divorced Persons. It pays $500,000 a year! In Hawaii!”

“I kind of lied on my resume.. I said I was divorced.”

Thanks for your advice, Liz. Interesting read.

Thanks to everyone who dropped by. It's amazing how many of you were too shy to comment. And only one of you was brave enough to post an opening! Vince, you win - but it's a terrific opening to a book; asks questions that the reader wants answered! I'll be in touch about your prize.

I was just going to post my 100 words but see I've left it too late. Congratulations to Vince. :o)

And everyone, on the subject of first lines, here's a link to Sarah Duncan's latest blog - http://sarahduncansblog.blogspot.com/

Hi Liz, And here was me thinking I had the perfect excuse to bottle out! :o)

Sorry, that my last comment was so brief, I've got the distraction of a introducing a rescue dog to our home. He is a lot of work.

Anyway, I have to say that taking part in the 100 words exercise was fun and got my creative brain thinking again - my writing has been a bit flat or non-existent in the last few weeks. Too many distractions and no deadlines to focus the mind.

The other thing I meant to comment on is how soon the hero and heroine should meet. There does seem to be a strong emphasis on the hero and heroine meeting as soon as possible. I don't mind this at all, but sometimes I love the slow build up (not too slow for a short novel) to the hero and heroine's first meeting. Showing the reader what they are like, how they live and feel, until wham! two worlds collide and the conflict begins.

Here is my 100 word beginning:

The sandstorm beyond Amir’s shoulder blurred the distant horizon, its approach relentless. Sara glanced at her husband’s glittering tawny eyes revealed by the slit in the cloth covering his head and face and she wondered if death by a thousand stings would be easier than facing his wrath.
He handed her a bottle of water, hers had run out hours ago, as had the fuel in the jeep.
“Is marriage so abhorrent that you feel the need to run headlong to almost certain death?”
The gentle tone was deceptive but his eyes flashed cold disapproval. Sara shivered.

Almost harder than writing, Alexandra, is the terror of showing someone else your work. Really. I know. So well done.

And I'm with you on liking to see the protagonists in their own worlds; it helps, I think to show clearly how much their "collision" - good word! - affects them, changes them.

Your opening is a real classic. You have the setting, conflict, danger and a question. Why did she risk death? Why did she have to?